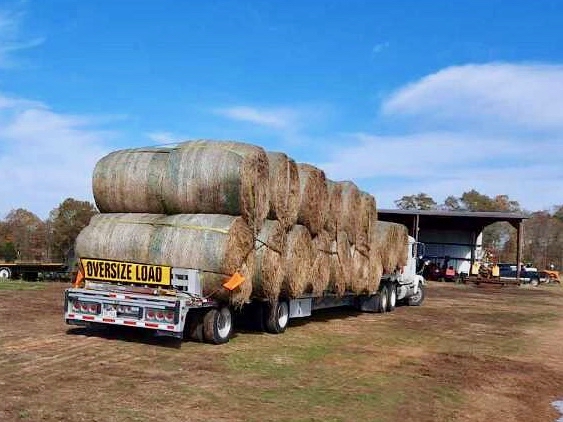 Amid all of the Covid-19 concerns of this past year, natural disasters still happen, and the Fellowship of Christian Farmers is there to help farmers recover from hurricanes, tornados, floods, wildfires, and other disasters, large and small. This year brought massive tornados in Tennessee and Alabama, hurricanes to Louisiana and Alabama, a derecho storm to Iowa, along with many smaller storms. A big thank you to FCFI Board Member CP Foster for hauling a truckload of hay to Louisiana! 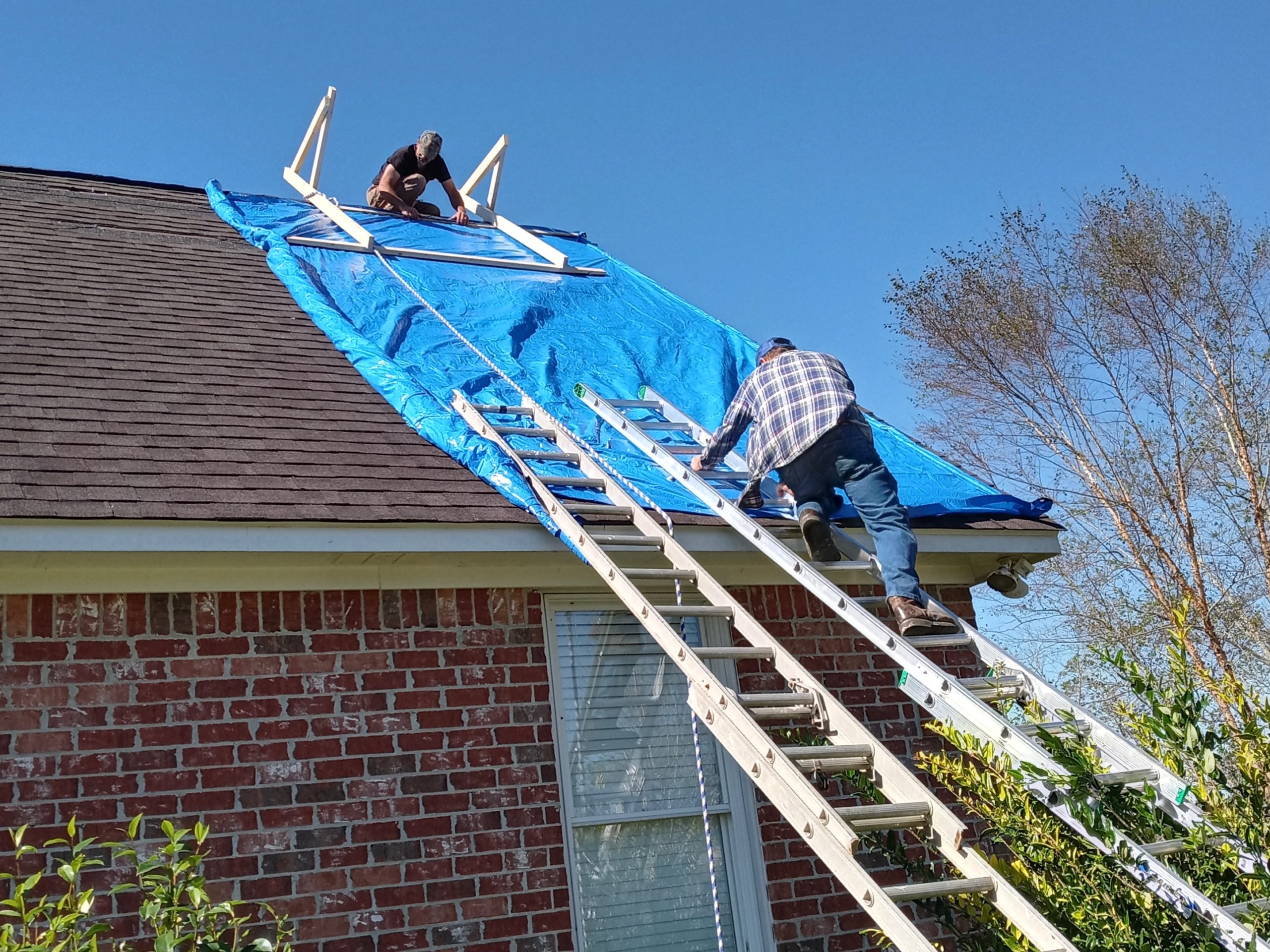 Don’t try this at home!!! Roofs needed to be tarped, even steep ones. FCF had the equipment to accomplish the task. Mark Postol, a carpenter from central, NY and Ron Herrold, IN getting the job done. 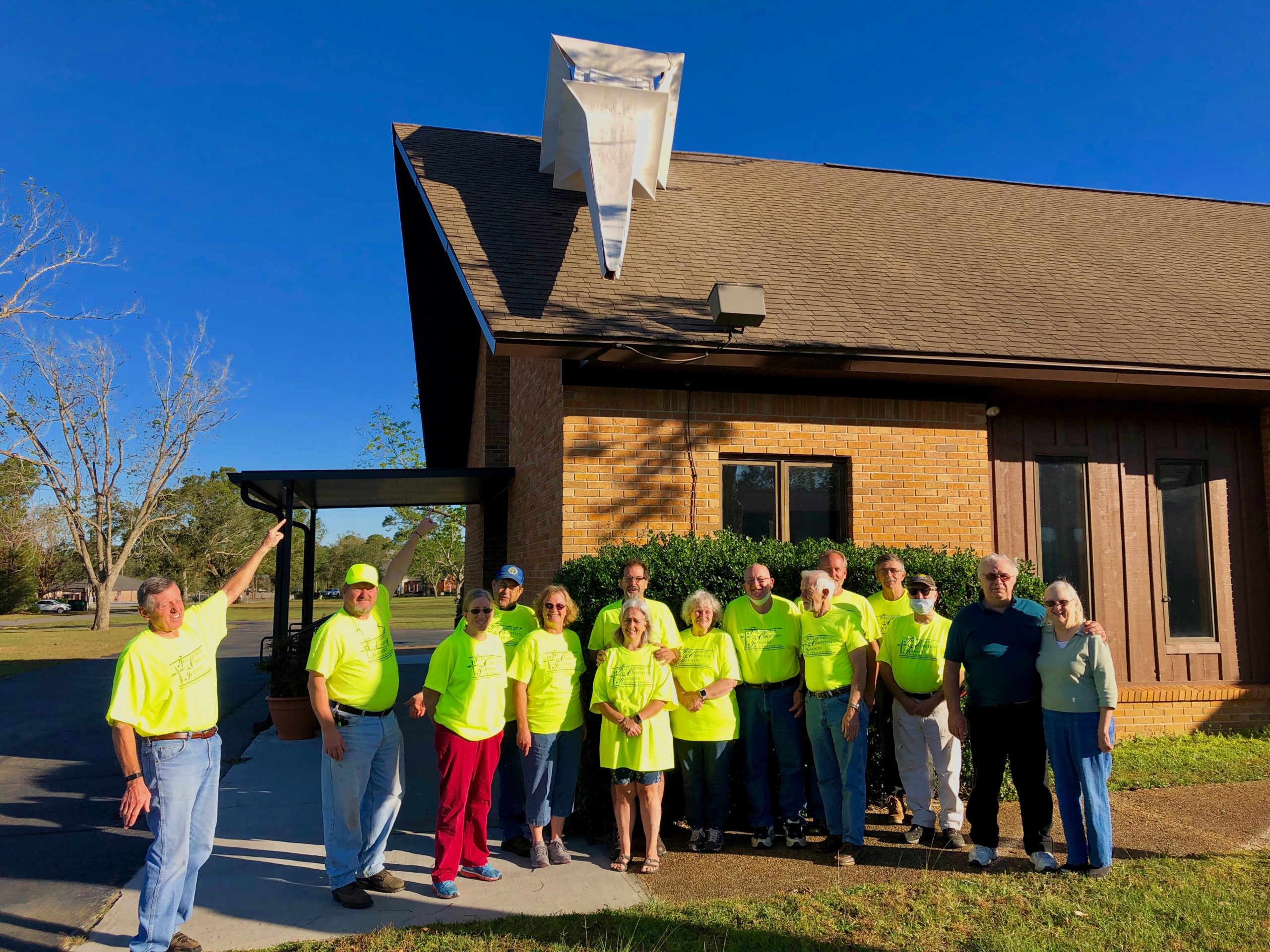 The whole crew, 15 strong from several states, standing in front of the Lillian United Methodist Church. They sustained damage as well but still provided lodging and their kitchen for meal prep. 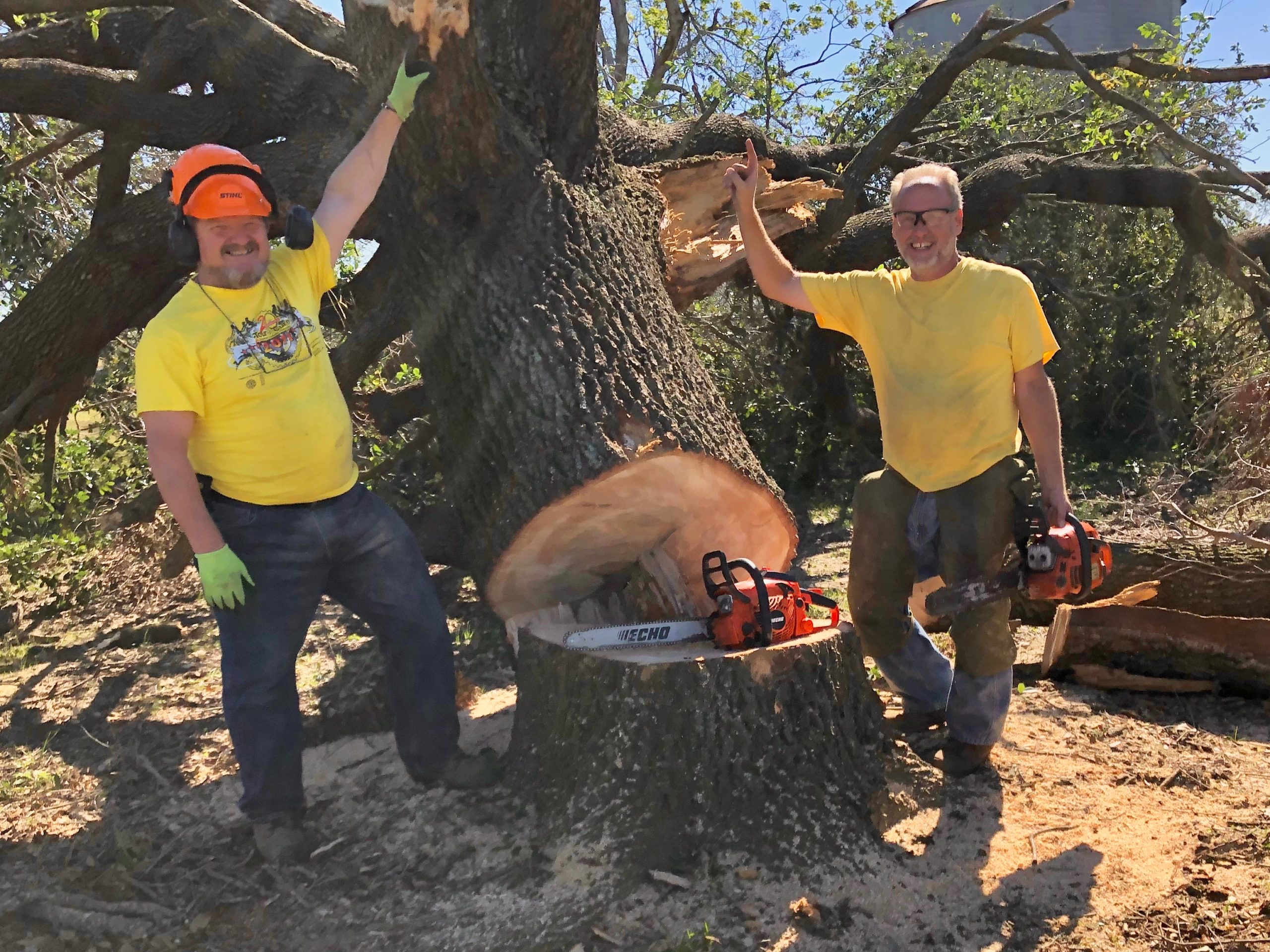 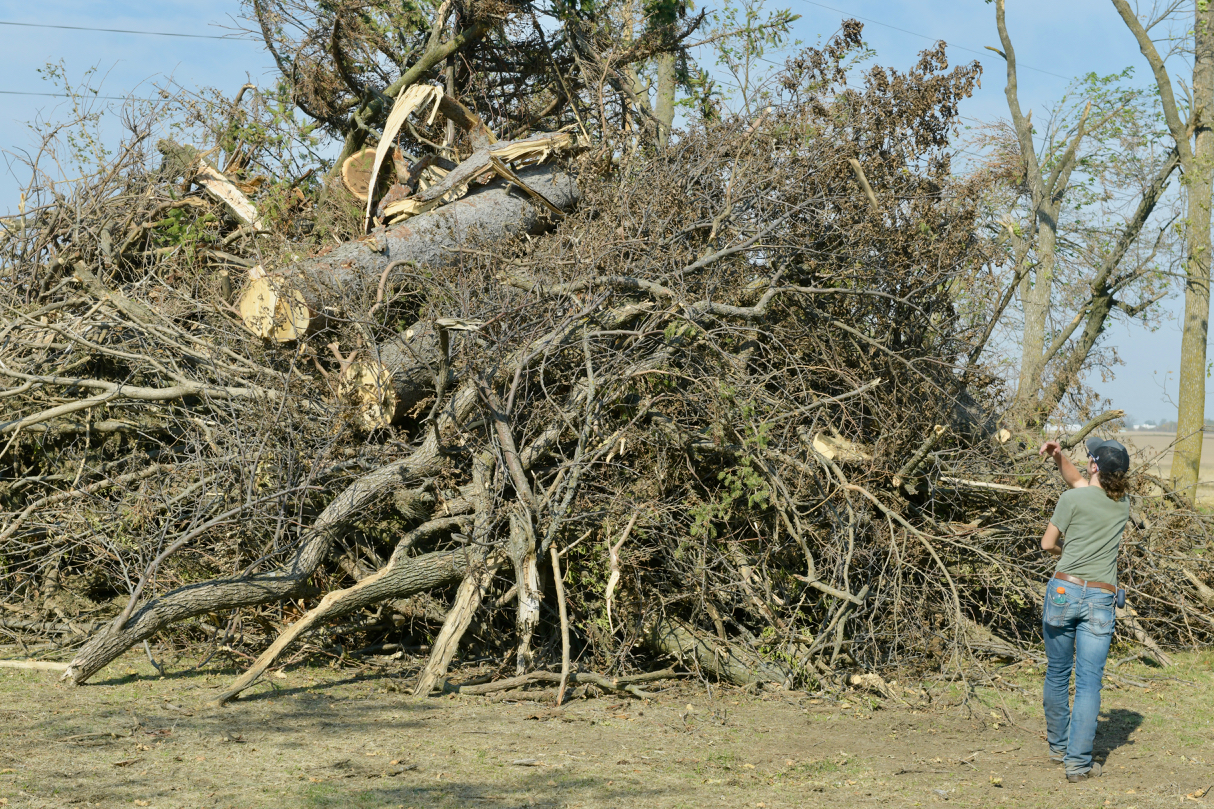 Derecho Storm in Iowa: a monster pile of downed trees near Keystone, Iowa, where Jesup FFA helped pile up the branches 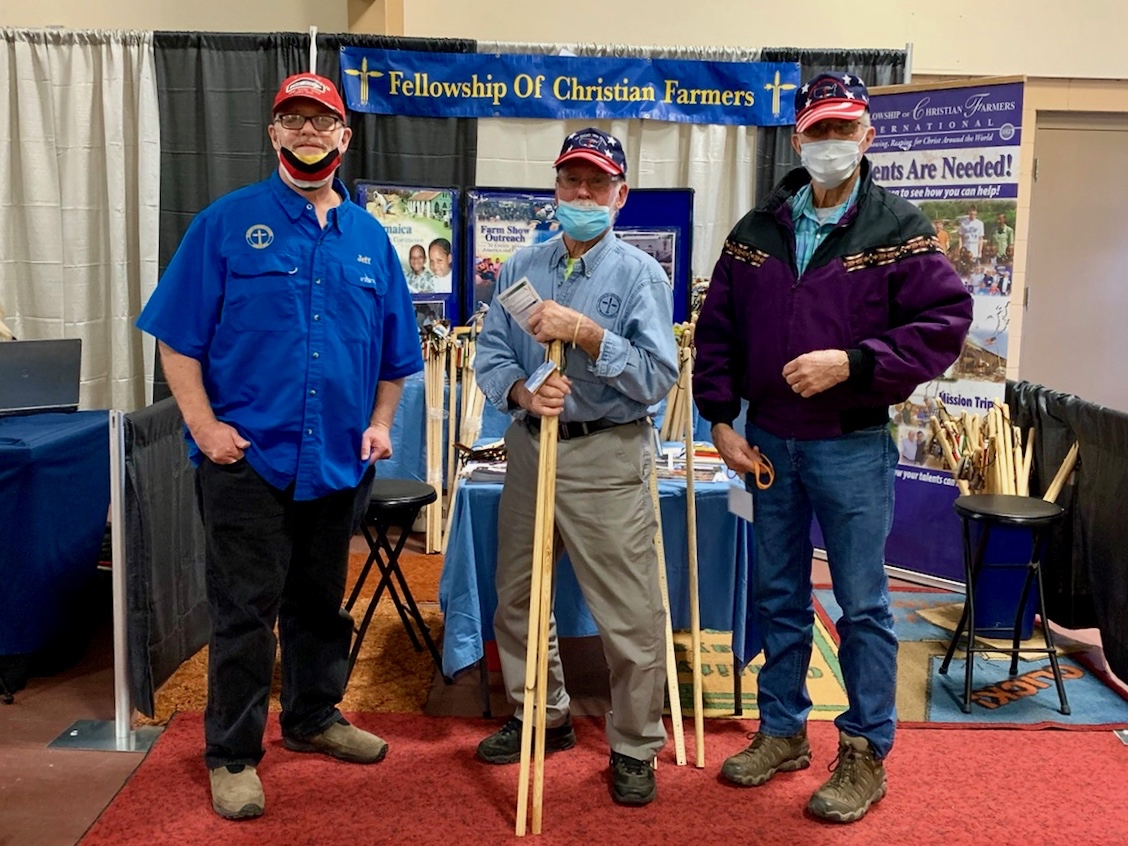 The Gateway Expo Farm Show was November 18 and 19, 2020 in Kearny, Nebraska, at the Buffalo County Fairgrounds. 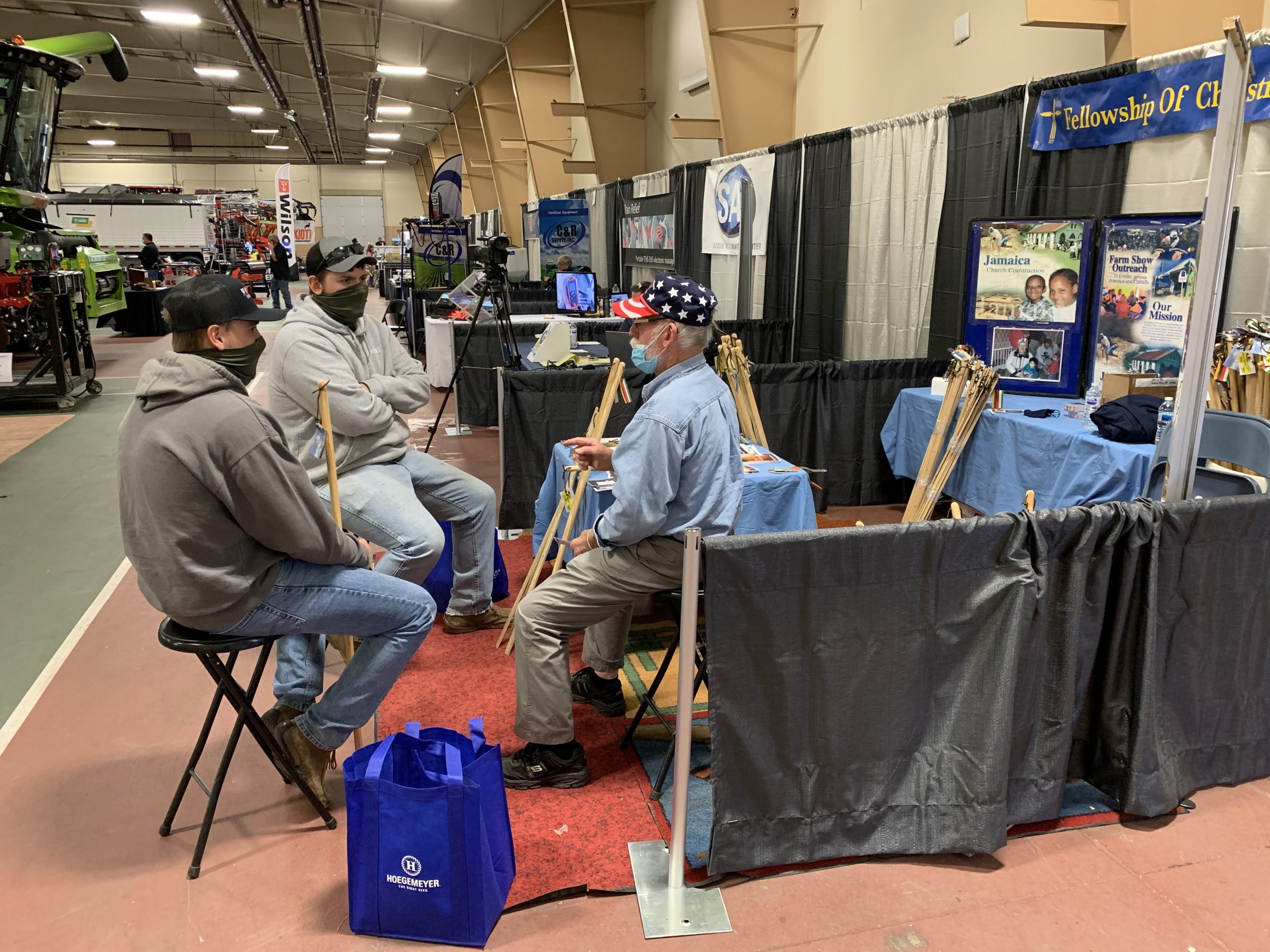 “Three kids came to our booth and after ministering to them they prayed to receive Jesus. One of those kids was a foreign exchange student from Germany. He was from Hamburg Germany, a city of about two million. Now he lives on a farm in Nebraska with a family. These kids later brought their dad by to get a walking stick and to hear the Gospel message. We also had a group of soldiers who were working a booth at the farm show come by our booth to hear the Gospel message. They were very polite and receptive.” 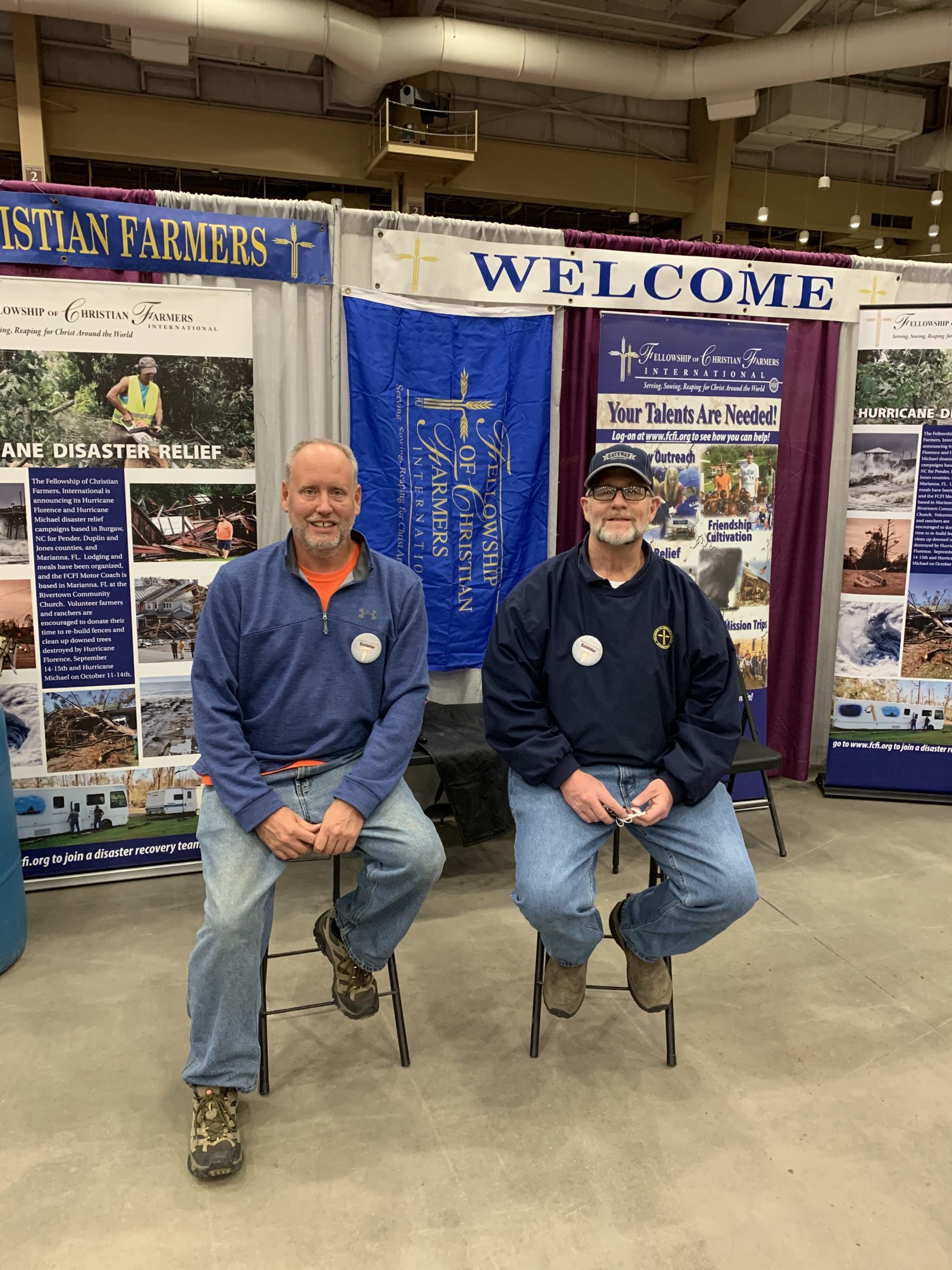 The Wichita Ranch and Farm Show was December 3-5,2020 in Mulvane Kansas.

Jeff from the show:

“Because this was a slower farm show, we were able to talk longer with folks about getting involved with Fellowship of Christian Farmers, especially disaster relief.”

“Several young people prayed with us to receive the Lord. There were a couple of men who said they were a part of a church but they said they were not born again so we were able to lead them in the prayer of salvation.” 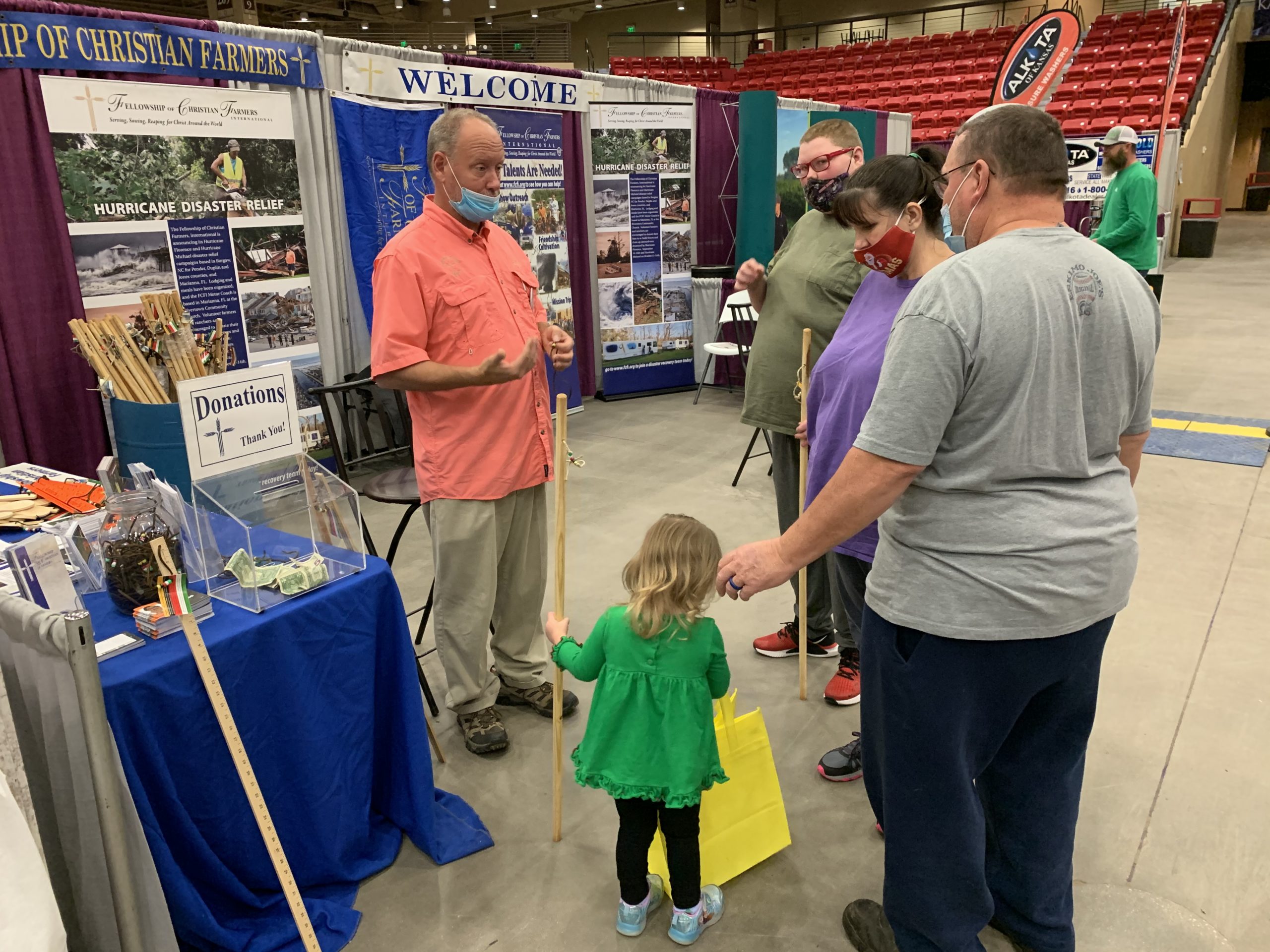 Another Vehicle Wrap Project That Needs Your Help 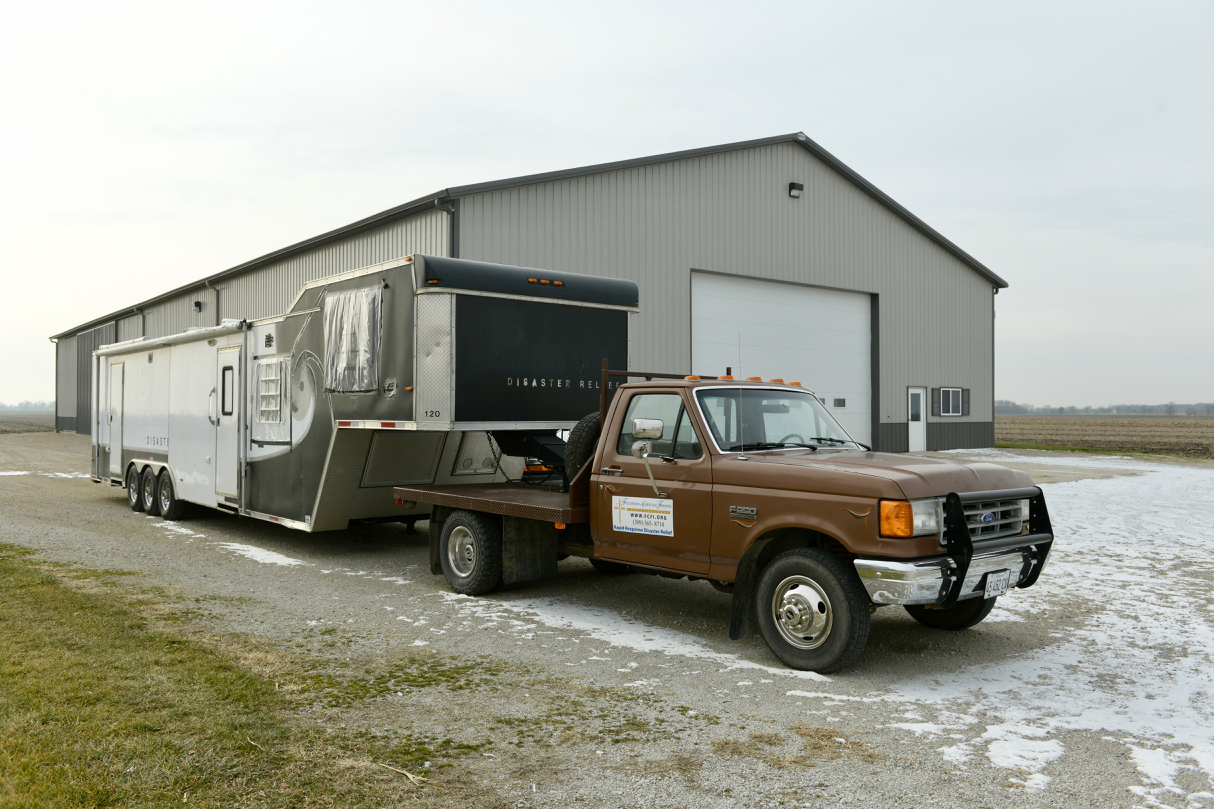 Here is the first photo of our 5th wheel disaster relief trailer mated with our newly aquired Ford F350 dually.

We would like to wrap our trailer similar to the small trailer that we wrapped previously. The 5th wheel is about 40 feet long, but we won’t wrap the whole trailer, just to put some of our graphics on all sides. Branding!!
Stay tuned for our 2020 Wrap Up eNewsletter coming soon, and thanks for your support! And may God bless you and your families!