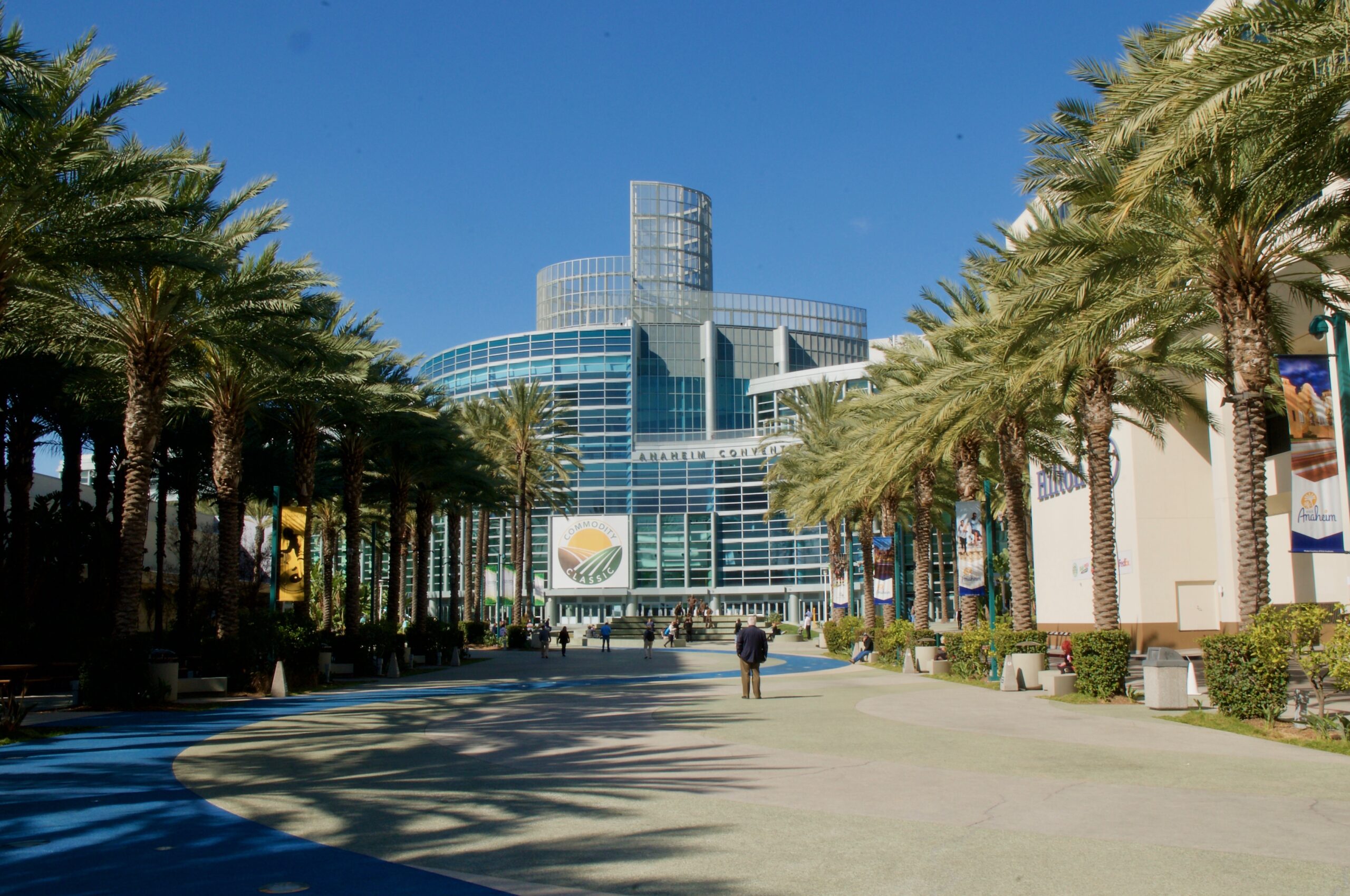 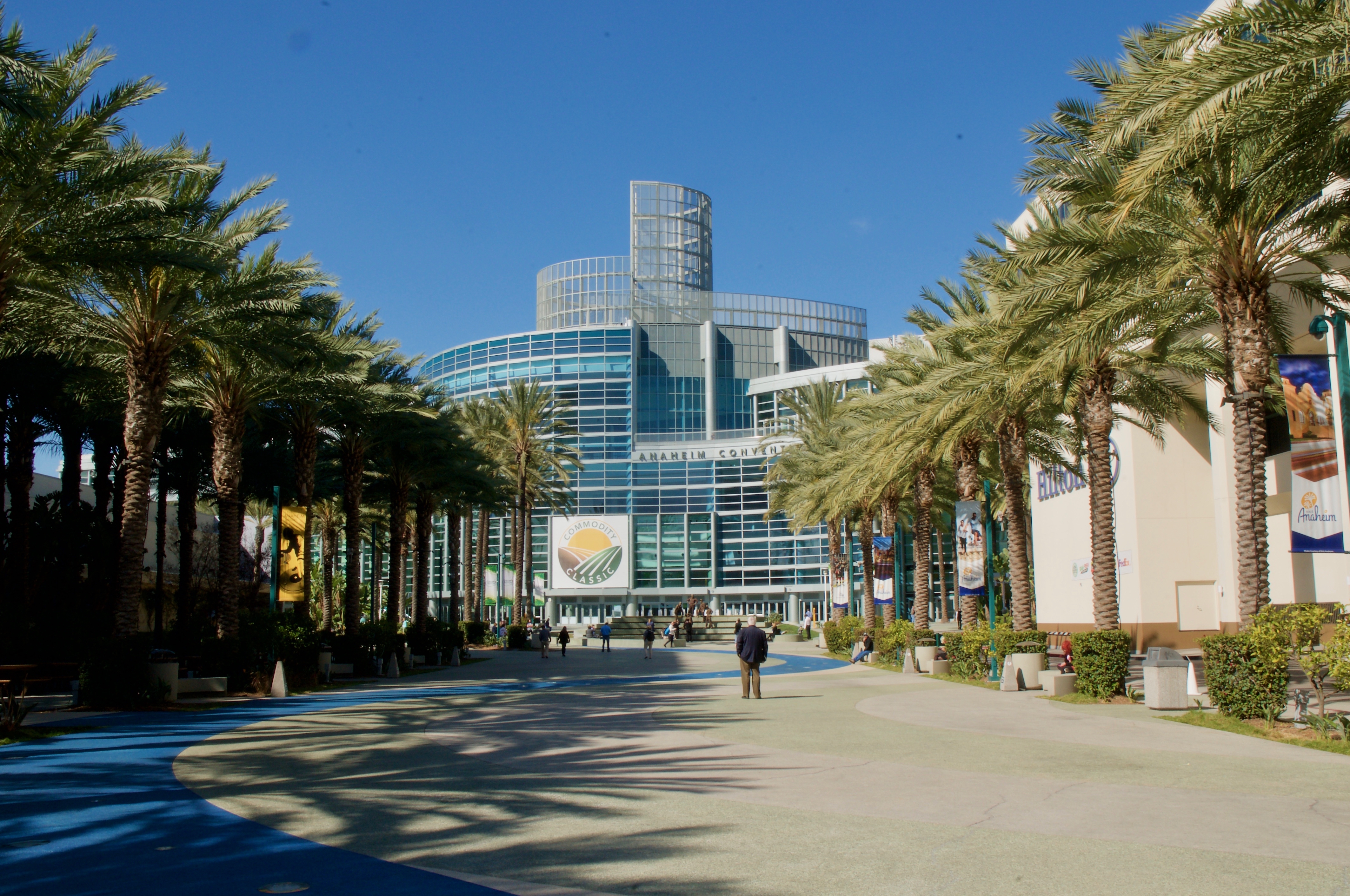 It is billed as “America’s largest farmer-led, farmer focused convention and trade show. The annual Commodity Classic was held at the Anaheim Convention Center in Anaheim, California, right across the street from Disneyland.

Agriculture broadcaster Max Armstrong of Chicago visited the FCFI exhibit and signed several copies of his book, “Stories from the Heartland.”

The objective of the Fellowship of Christian Farmers at the Commodity Classic, in addition to presenting the Gospel, was to network with the farm community, meet new people, and find potential donors to fund our many God-centered activities, including presenting the Gospel at farm shows, community gatherings, and festivals, and disaster relief efforts. The Commodity Classic farm show is just the show to do this. 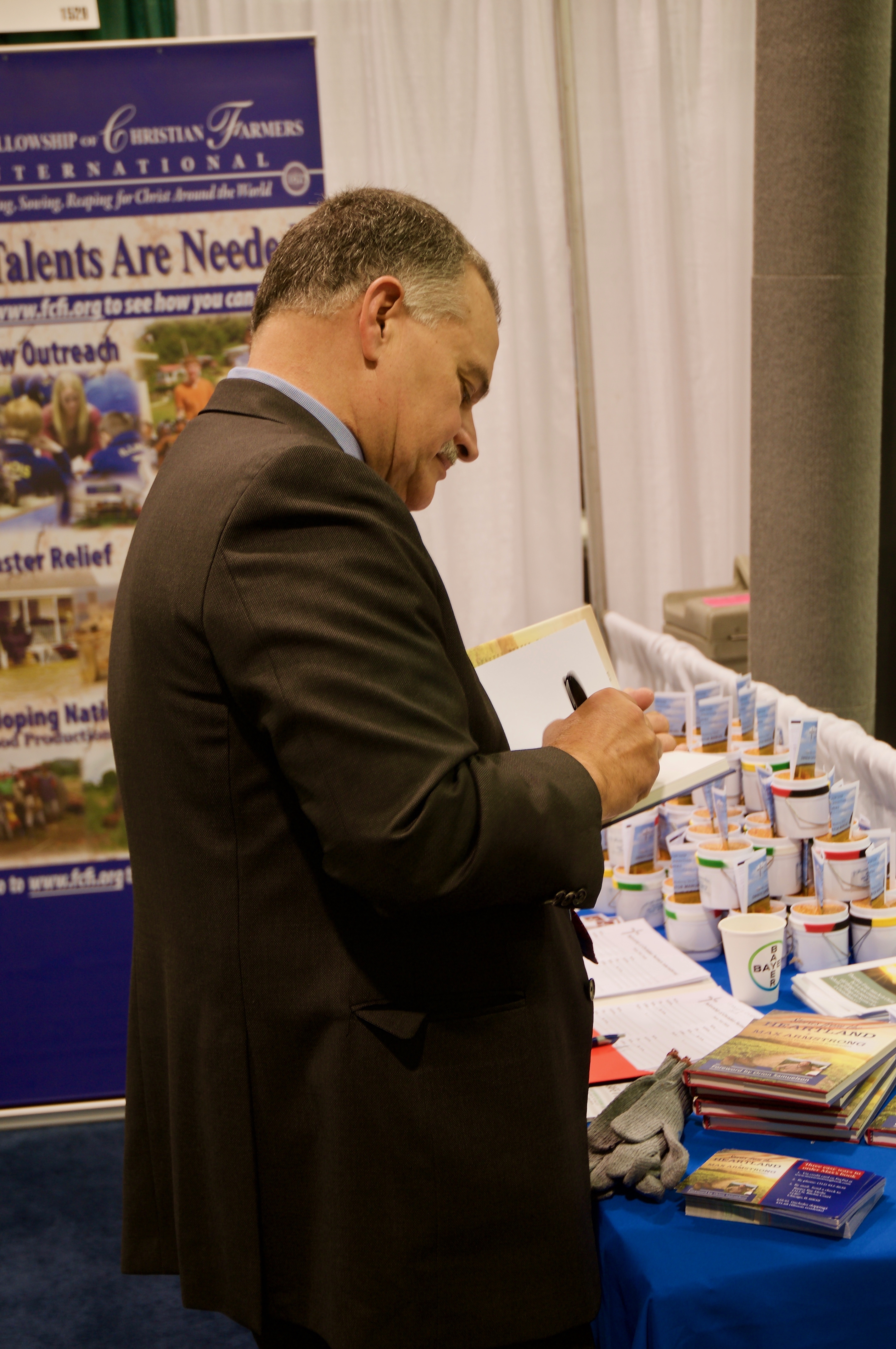 Max made available several copies of his book, “Stories from the Heartland,” covering a 40 year career of farm broadcasting, and visiting every state and 30 countries, to the Fellowship of Christian Farmers, which we gave away with a new FCFI membership. Max is a former Executive Director of the National Association of Farm Broadcasting. 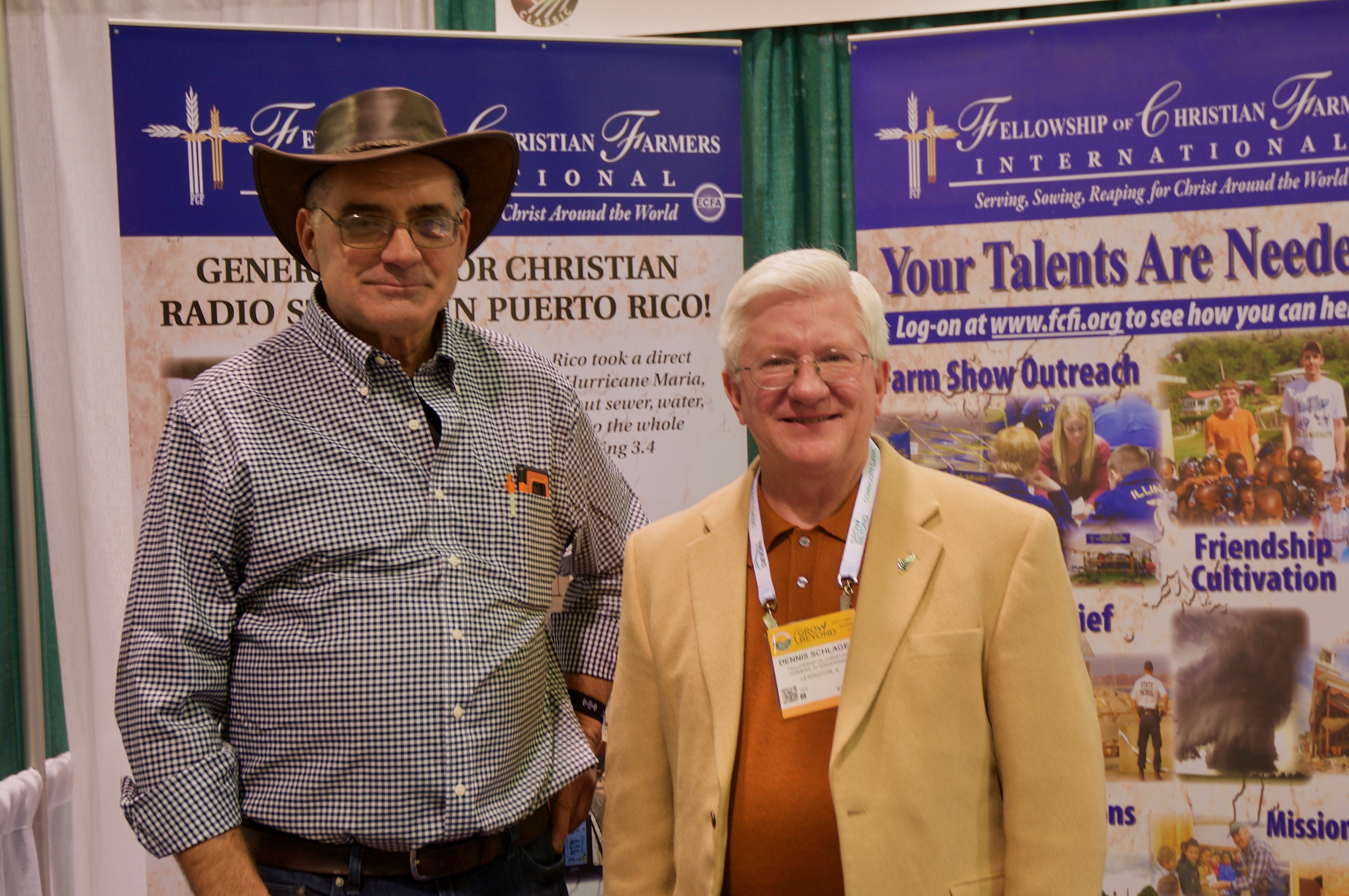 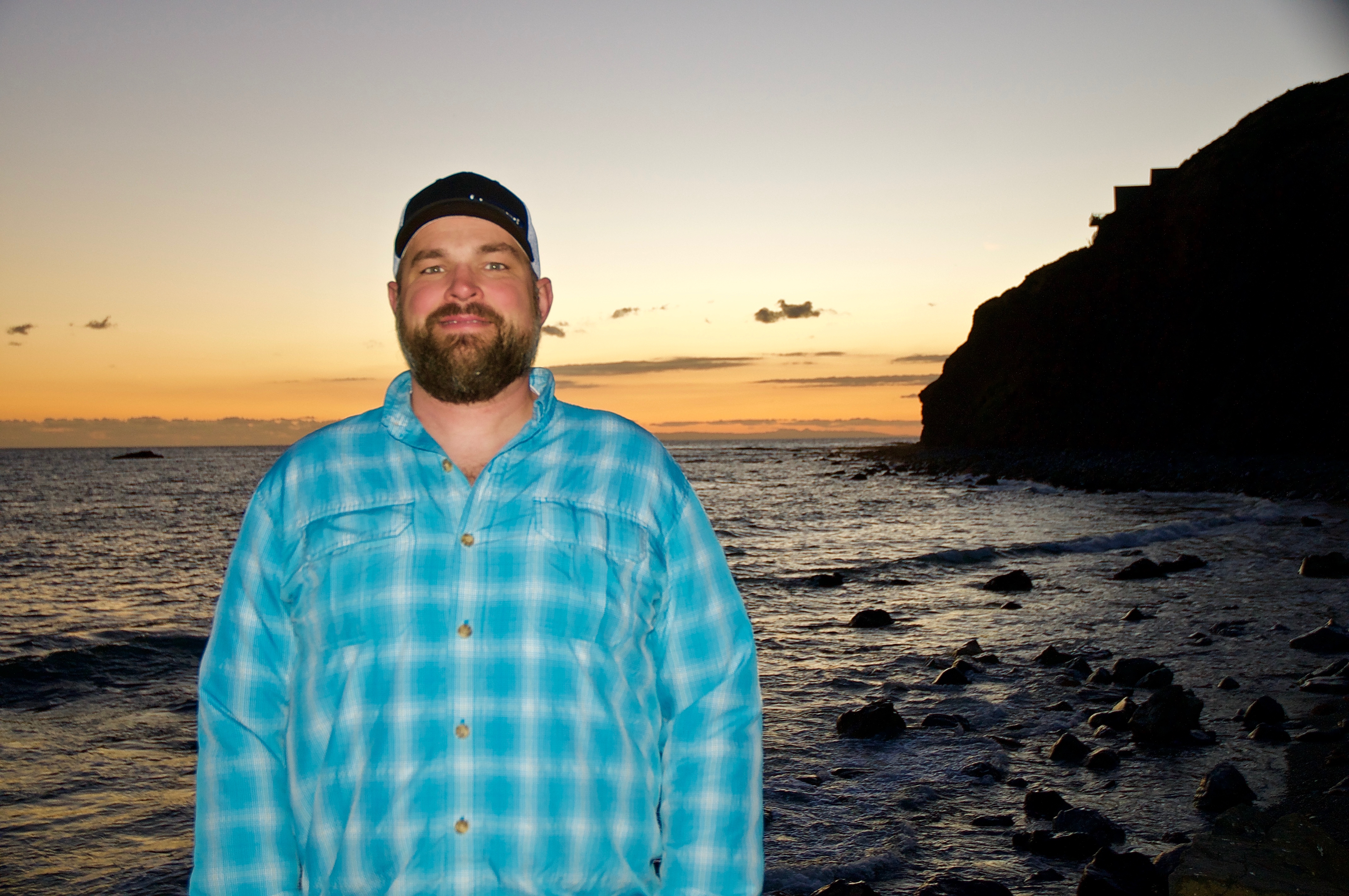 Billy Folkerts of Intercomp at Dana Point, south of Anaheim

We had one interesting and enjoyable encounter with Billy Folkerts of Intercomp, a producer of advanced weighing solutions, including agriculture. Billy is also affiliated with Ag Associates for Christ, who meet regularly at large farm shows with FCFI to conduct morning devotions and prayer. We met Billy just a couple of weeks ago at the National Farm Machinery Show in Louisville, Kentucky. Billy attended our service that included Greg Peterson, of the Peterson Farm Bros. As Dennis and I (Jerry Druhan) were deciding where to eat dinner after the day’s convention activities, we decided on Roy’s Hawaiian Fusion. We walked in the door to see Billy waiting for his table. So, we asked Billy to join us for dinner, and then also met the following evening at Dana Polint, California. What would a trip to southern California be without a trip to the beach? 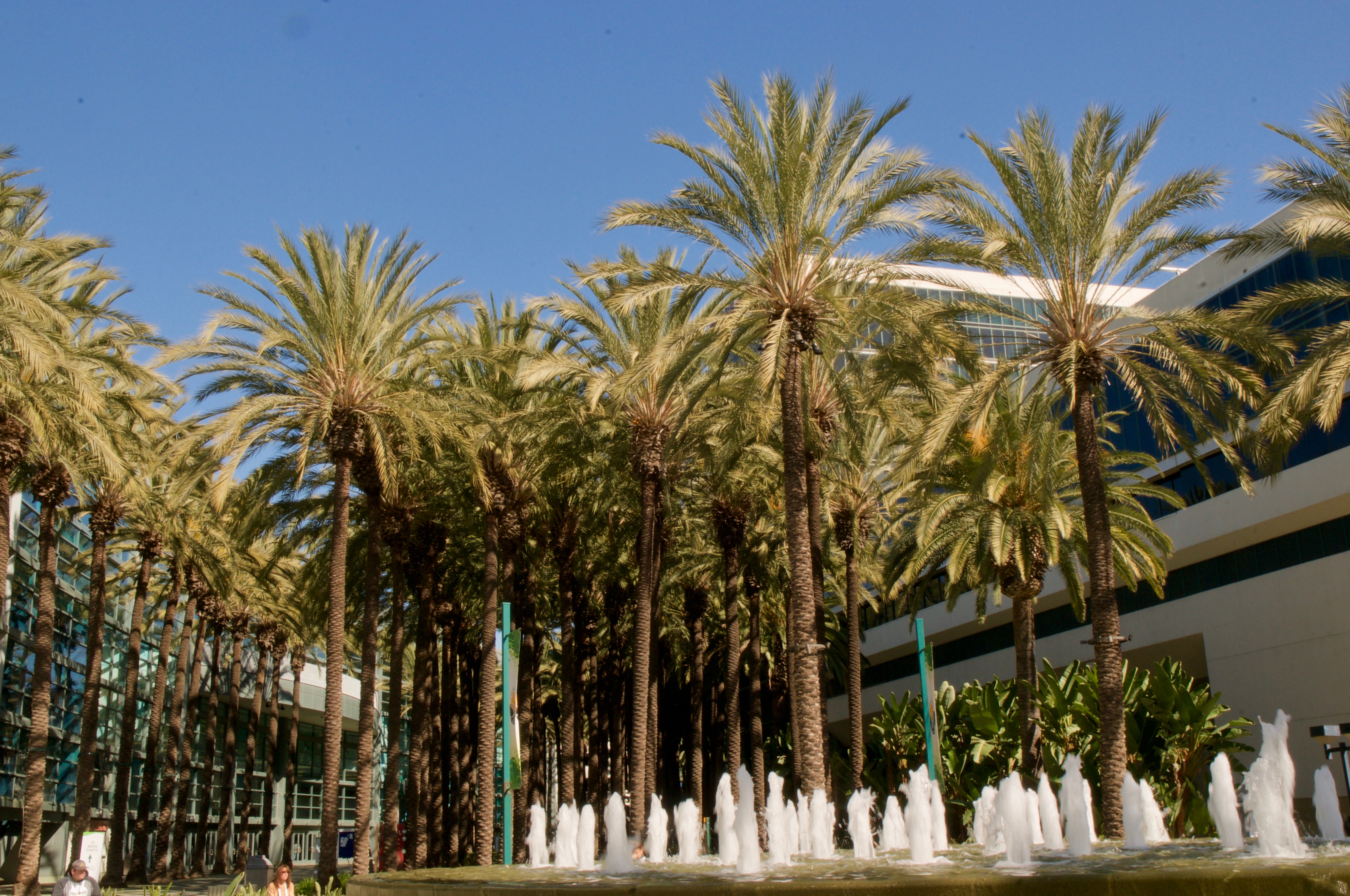 The next Commodity Classic will move to Orlando, Florida February 28 through March 2, 2019.