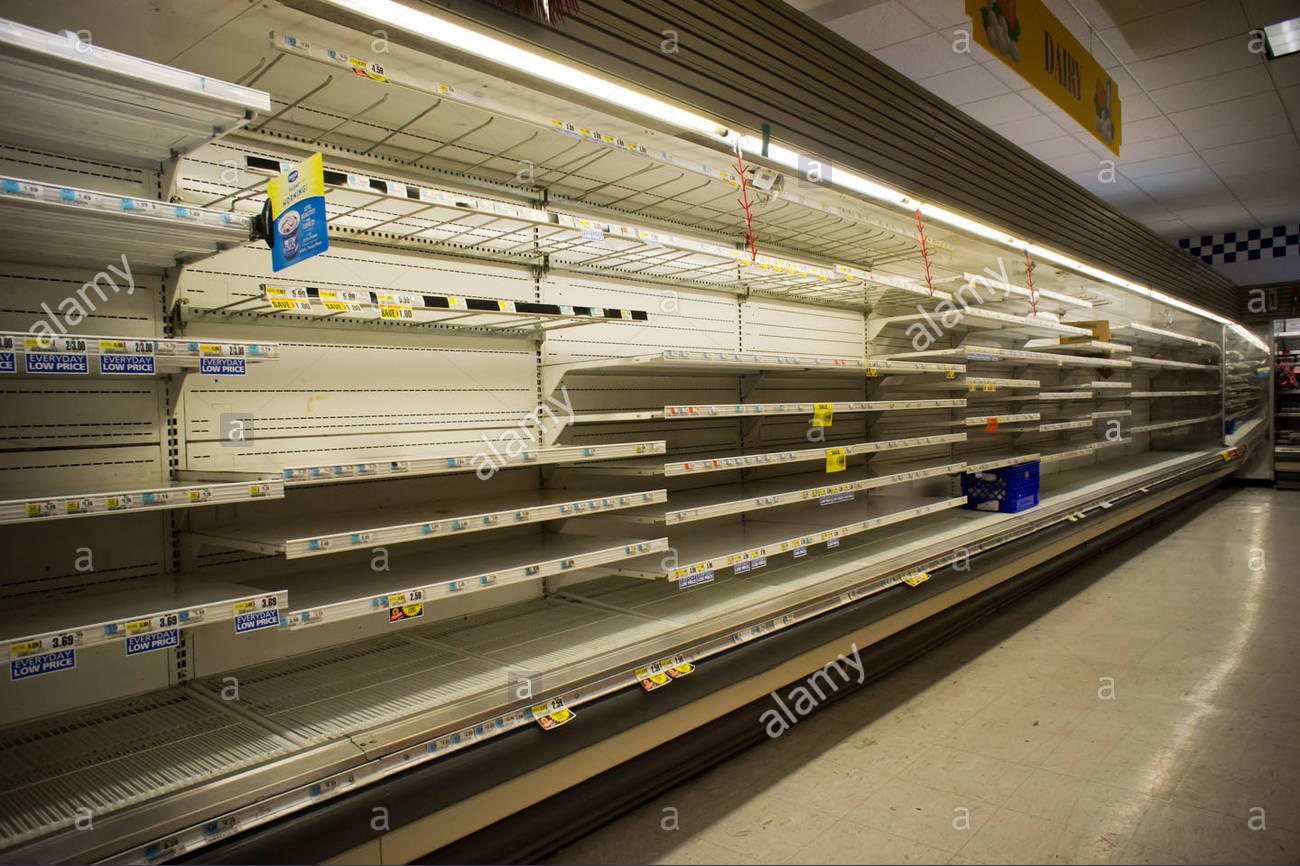 Being prepared is one thing, being in all out panic is something else.

Around these parts, when a big snowstorm is coming, people go to the store and buy groceries, top off their gas tanks, bring a little extra wood up to the back porch, and then brace themselves.  If you miss the weather forecast, and happen to be in town the day before a storm hits, you can tell by all the extra traffic and hubbub that something is about to go down.

Hurricanes are a different story.  My wife and I were in Florida last month when hurricane Dorian was being projected to cut across the entire state.   In the weather forecasts before the storm, people were advised to stock up on the staples of life.  It’s very odd, that the weather can be ideal prior to a storm making landfall – the sun shines, the trees sway and the palms rustle gently in the breeze. There is no sign whatsoever that inclement weather is on the way.  But the people go crazy.

We went to the store to pick up a few items but the shelves were bare before we got there.  Bottled water was the first to go.  Then the bread shelves were emptied out along with almost everything else in the store.  The only items that were plentiful were found in the produce department.  The celery and carrots were hardly touched.  There was enough salad left to feed Peter Rabbit till Easter.  The gas stations sold out too.  There were lines backed up into the street.  Employees were out in front directing traffic to the pumps and maintaining order. 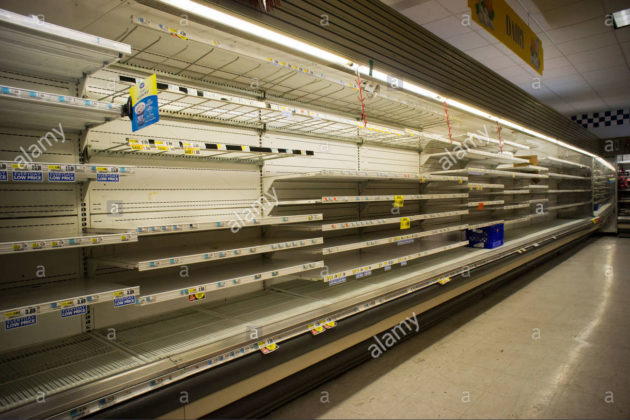 It’s an eerie feeling to see all of this happening before your very eyes.  It made me realize how fragile our system really is.  If one local scare can cause the stores and gas stations to empty out in a matter of hours,  imagine if something happened on a national level.

While we were witnessing this mini-panic, I was trying to get our flight out of Florida moved up a couple days so as not to jeopardize my weekend church responsibilities back home.  I called the airline and asked if I could change our tickets to an earlier departure.  They would do it, but the additional fee would be 795 dollars.  I decided to try again the next day, but unfortunately the results were the same.  They told me I should have bought flight insurance ahead of time.

I finally decided I had done all I could do and the only option left was to trust the Lord to make it happen.  It’s funny (though it’s not funny) how that always seems to be the last thing we do.  It’s like the lady who was sick, and had exhausted every medical option she could for treatment, but still was not better.  Finally, her pastor said there was nothing left that they could do except to pray.  “My goodness,” she said, “has it come to that?”  It should start with that.

As I suspected would happen, on Saturday morning just before our flight was scheduled to depart, we received a notice that it was cancelled.  No reason was given.  The notice simply said: “Hi There! Your flight has been cancelled.  Please check online for your options.”  That just plain made me mad.

None of the other airlines cancelled their flights, so I tried one of them.  Fortunately, I found one (for an additional fee) and we made it home at about 3 a.m. Sunday morning.  A couple days later, I called, emailed, and wrote a letter to the airline asking to be reimbursed for our additional expenses.  I haven’t heard back and I’m not holding my breath.

The  lessons I learned from this experience are:  1) The first two items to sell out at the grocery store were the two that are the sustenance of life – bread and water.  That is not a coincidence.  Jesus said: “I am the breadoflife.  Whoever comes to me will never go hungry, and whoever believes in me will never be thirsty,” (John 6:35).  He is our sustenance.   2) We make our plans and we put our efforts into making them come to pass, but in the end, it is God who determines the outcome.  “Many are the plans in a person’s heart, but it is the Lord’s purpose that prevails,” (Proverbs 19:21).  It’s good to know I’m not in charge.  And 3) I don’t know why our flight got cancelled, but I know God does. “As the heavens are higher than the earth, so are my ways higher than your ways and my thoughts than your thoughts,” (Isaiah 55:9).

The storm never did hit that part of the country but it devastated the Bahama Islands.  In an effort to help the people there, our church took a special offering and donated it to a Christian charity called Samaritan’s Purse.  They were on the ground within hours after the storm landed, setting up relief centers and even a temporary tent hospital, complete with nurses, doctors and medical equipment to care for those who were in harm’s way.  While assisting in this great humanitarian effort, they are sharing the good news of Jesus Christ to those in need – ministering to body, soul, and spirit. They truly are “Doers of the word and not hearers only,” (James 1:22).